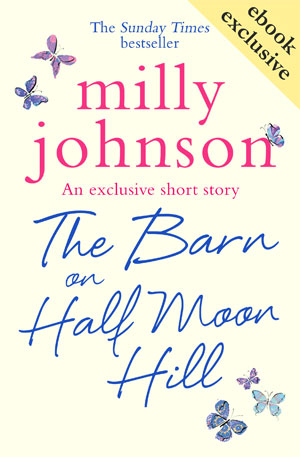 Exclusive ebook to raise funds for the Care for Claire campaign.

Buy the ebook from Amazon

Cariad Williams has been writing to Franco Mezzaluna since they were kids. But he has never written back. And now he has become a famous film star. What’s more, he is due to visit Winterworld, the Christmas theme park where Cariad works.

This story will be picked up in The Mother of All Christmases!

If the book opens on Chapter 1, please flick backwards as there is a foreword and letters.

I was one of the many who heard about a fire in Penistone in October of 2014.  A man and his two sons caught in a house fire.  The man and the youngest son Paul, aged 9 didn’t make it but the elder son Jack, aged 12 was clinging onto life, despite sustaining burns to over 60% of his body.  Jack had tried to save his brother’s life and fallen into the flames from the loft.  Jack was able to tell the police that his father had started the fire deliberately.  Jack lost his life after a week.  ‘He smiled at me, then the light just went from his eyes,’ said Claire, who didn’t move from his bedside.  Her lad died trying to save his little brother. I know that gives Claire an atom of strength to go on, to keep breathing.

Why?  Why did their father ‘unlawfully kill’ them?  Why did he transfer the money in his bank account to a female ‘friend’ (yes, she kept it) and cancel the house insurance?  Why did he go out and buy a swanky train set to lure the lads over to the loft in his house?  Why did he set off 14 fires and barricade every door to make absolutely sure the boys didn’t get out?  Why did he execute this methodical evil plan in the days preceding the tragedy?  He did it to hurt Claire who had the audacity to leave her controlling husband.  He didn’t just leave her with nothing, but with LESS than nothing because there’s a £50,000 mortgage to pay on that house and the bank are hammering on the door for it.  Imagine having to carry on paying for a burnt out shell of a house in which your two children were murdered?

It’s the little things Claire misses: like ironing their white shirts and that the lads still held her hand (obviously when they weren’t in danger of being seen by their mates). And it’s the regrets that torture her, such as that she never got the kitten that the lads asked for because she wanted to wait until they were settled in a new home first.  The little things seep between the cracks and hurt the most.  She’ll see their friends grow up, go to University, get married, have children of their own… and she’ll think ‘that could have been my boys too.’  I have two lads and as much as they drive me INSANE I can’t imagine life without them.

The community of Penistone hold their arms around Claire.  The unsung heroes renovated that shell of a house to a beautiful spec.  They gave over 1000 man hours of labour, skills, materials, all for free so that it could be sold and Claire could move on.  You should Google her and see what she is doing to prevent other families having to go through what she has.  The woman has changed the law.  Laws that should always have been in existence to protect her own children!
I wanted to help in my own way.  The story I’ve written is above all hopeful.  It picks up the story of Jacques and Eve from ‘A Winter Flame’ and it was such a success that I wrote ’The Mother of All Christmases’ around it. I don’t see a penny of the funds, in case you’re asking.

Some people have said that they ‘only read real books’.  Or they ‘don’t read romance.’  Folks, it’s just an easy way of donating. You don’t even have to read the book.  As for being ‘a real book.’  If we produced it in paper, the costs would be eaten up and we wanted to make the biggest profit we could.  That’s why it’s an ebook.  So far it’s raised over £35,000.