WINNER OF THE 2016 ROMANTIC COMEDY OF THE YEAR AWARD 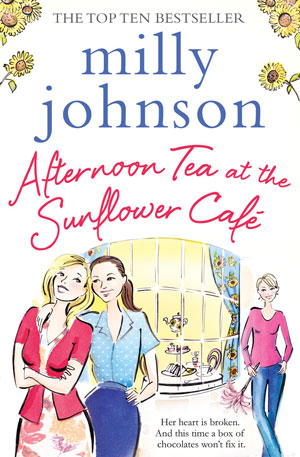 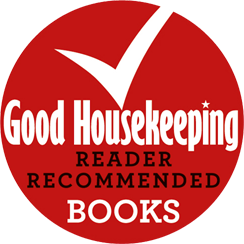 Afternoon Tea at the Sunflower Café (2015)

Her marriage is all washed up. It’s time for a clean start…

Connie Diamond has always been her husband Jimmy’s ‘best girl’ – or so she thought. But then she discovers that he’s been playing away for the past twenty-four years, and that the chocolates she believed he bought her as a sign of his love were just a cover-up, and she is determined to get revenge.

Along with Della Frostick, Jimmy’s right-hand woman at his cleaning firm, Diamond Shine, Connie decides to destroy Jimmy’s life from the inside. Together they will set up a rival business called Lady Muck, and along with the cleaning ladies who meet at the Sunflower Café, they’ll make him wish he had never so much as looked at another woman.

Then Connie meets the charming Brandon Locke, a master chocolatier, whose kind chocolate-brown eyes start to melt her soul. Can the ladies of the Sunflower Café help Connie scrub away the hurt? And can Brandon cure her affliction and make her smile again…?

My Nannan was a cleaner and had a very close bond with the ‘lady of the house’ who relied on her so much, especially when she developed Alzheimers.  Nannan worked for the family for over 40 years  and when she retired – at 80 – the now widowed gent still brought up her wage to the house every week.  Then she had another client who treated her more like a skivvy! My cleaner is my life-saver!  I thought it would be a lovely idea to have a story about the relationship between cleaners and their clients.  I’ve never understood how a cleaner can be so needed and yet treated like a lesser being by some people.  I’ve heard some brilliant stories from cleaners about how they’ve been treated, propositioned, ignored, revered by clients.

Originally the story was called ‘The Woman who Gave Up Chocolate’ but it was considered by some of the buyers to be too negative.  The Sunflower Cafe was always in the story – as a place where the cleaners went to let off steam.  One of my favourite films is an old comedy called ‘Ladies Who Do’ about a bunch of cleaners, which was a great influence to me on this project.

I also loved sunflowers and Van Gogh is my favourite artist.  Once I knew he had visited London, my imagination let rip.  I love to stir fiction in with fact for an interesting read. One lady told me that she’d actually looked up if he came to Barnsley after believing the claims of my book.  Who’s to say he didn’t, is all I can say on that?

And I write a lot about Renaissance. Women who have lost their way a little who need something – or someone – to push them back on track.  The idea that a woman could work undercover crippling her husband’s business from the inside came from – of all places – Carry on Cabby!

Praise for Afternoon Tea at the Sunflower Café

“Brilliantly written and a totally relatable and believable story. I finished this book in two days because I just couldn’t put it down!”
– Good Housekeeping

“I closed the book feeling inspired, warm and fuzzy.”
– The Book Botherer

“I have not laughed so much reading a book for a very long time. It is so well written, so believable, I honestly could not stop reading it. Milly Johnson you really are a fantastic author.”
– Amazon Customer

“Wonderful portrait of women and how strong they are together.”
– Tracy Ward, Celebrant